One of the most well-known theories in regards to Bollinger Bands is that volatility typically fluctuates between periods of expansion (Bands Widening) and contraction (Bands Narrowing). With this in mind, the major trading signal generated by Bollinger Bands Width is known as The Squeeze.

The Squeeze setup is very straightforward and consists of two steps: 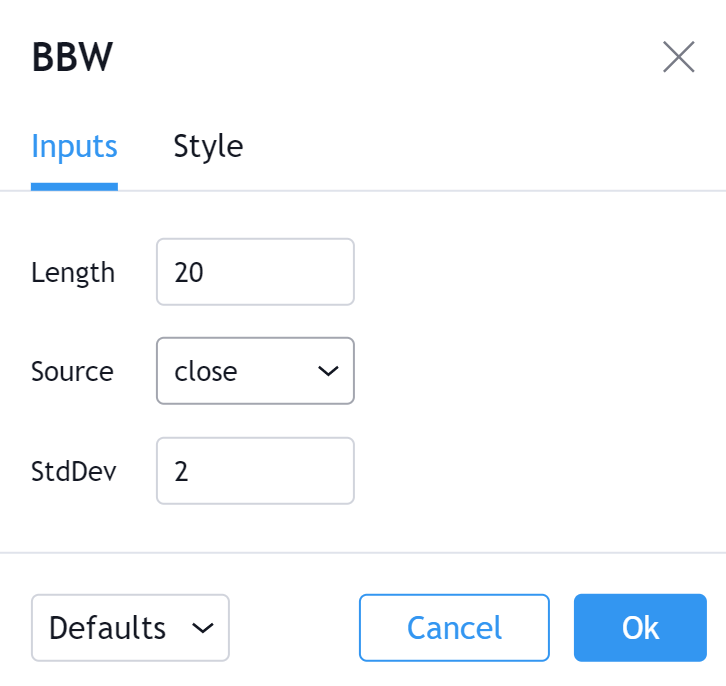 The time period to be used in calculating the SMA which creates the base for the Upper and Lower Bands. 20 days is the default.

Determines what data from each bar will be used in calculations. Close is the default.

The number of Standard Deviations away from the SMA that the Upper and Lower Bands should be. 2 is the default. 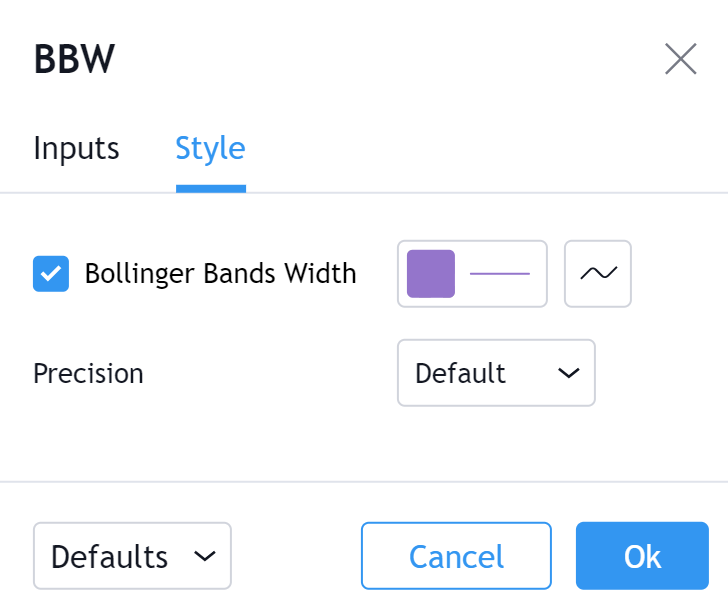